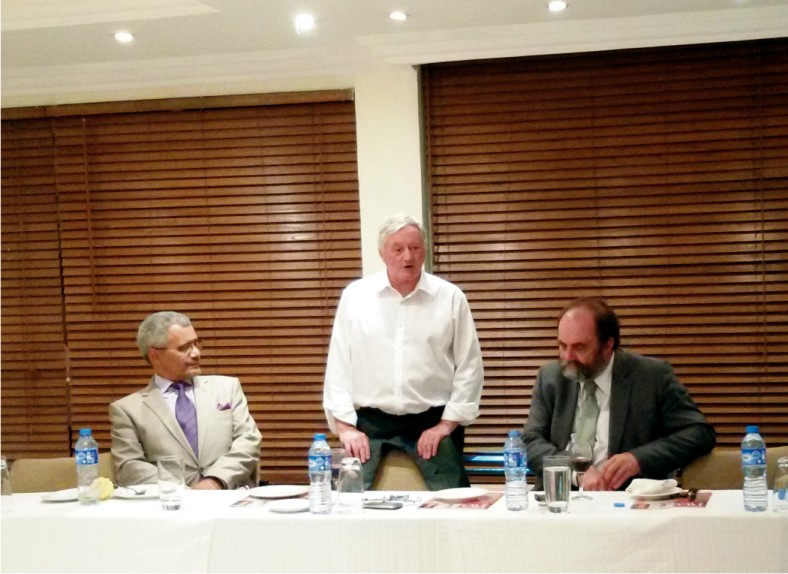 Another three months has flown by and in that time NBA has made progress. But so so sadly our friend and great supporter Peter Carter the British Deputy High Commissioner suddenly died – not only a great guy but a diplomat with vision, energy, determination and a deeply held respect for all people.

In the last edition I outlined the new Vision for NBA, what I didn’t say was that it was hatched in discussion between Peter and me in the early part of this year. I am delighted to tell you that the NBA Council has agreed to banner our new vision as “The Carter Charter” in memory and respect for a “Great Britain” who gave his all for his Country.

Progress is being made, a new structure is in place and Committees are meeting for the first time this month, to not only consolidate matters as they are, but also to plot “The Way Forward” as per “The Carter Charter”. An example of our new approach is the first specific NBA relationship development trip for many years to the UK by our venerable Council member, Editor and Publisher. He will be meeting a wide range of organisations and businesses including Members of Parliament.

In September we had the privilege of hosting David Heath MP,CBE to a private dinner. David is the Prime Minister’s Special Envoy to Nigeria, is here regularly and is a key bridge between our Countries. The purpose of the dinner was to exchange views on a wide variety of subjects in private so that even the most difficult areas could be discussed openly without the restrictions of public debate. In that way we are able to inform, be informed and influence the development of policy as well as providing a sounding board for new ideas.

The next three months will fly by again; we have our Family Day at Inagbe Resort at the end of this month and a number of other events. But the key task is progress towards “The Carter Charter” – we all look forward to the results of Seyi’s London trip.